KEITH has practiced maritime law since 1980, concentrating on matters in litigation and arbitration. Keith’s work on litigated matters has included the defense of claims for cargo damage, shortage and loss, including liquid, dry bulk and containerized shipments. It has also included work on collision and other casualty cases, including claims for General Average contribution, as well as the defense of matters involving the assertion of maritime liens. Keith’s work on arbitrated matters has included the prosecution and defense of claims for breach of charter parties, Service Contracts and other types of maritime contracts. The charter party matters have involved claims for failure to pay charter hire, contract cancellation, vessel misdescription, damage to main engines due to contaminated bunkers and other causes, demurrage, safe berth claims, cargo damage and hull damage to ships.

Keith has advised shipowners and charterers on ways to handle and resolve operational disputes arising under charter parties in an effort to facilitate contractual performance and avoid the need for formal dispute resolution proceedings. In addition, he has successfully represented parties in mediation, resulting in the cost-efficient resolution of various litigated matters.

Finally, Keith has served as an arbitrator and mediator in various maritime and commercial matters. 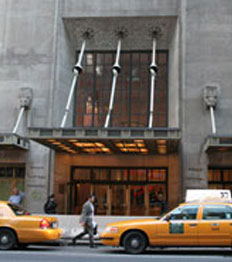